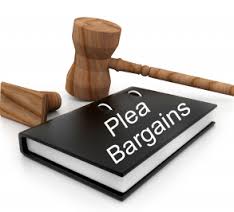 Reza Zarrab, who faces as much as 75 years in a Federal Prison, sought to obtain a "diplomatic solution" to his criminal charges, as revealed in the correspondence to the District Court judge, and the Court's recent order. Both ex-USA Rudolph Guliani, and  ex-AG Michael Mukasey, apparently met with not only Turkish President Recep Erdogan, but also the new US Secretary of State, Rex Tillerson, in what must have been a futile effort to solve Zarrab's problems through political means.

The Court, which is trying to ascertain whether there are conflicts of interest, when Giuliani, and Mukasey represent Zarrab, due to the fact that their law firms represent banks that are victims, and that Giuliani's firm also represents the republic of Turkey, has asked for the details of who is paying their legal fees, and what is the scope of their legal representation.

Clearly, Zarrab is concerned about the probable outcome of his trial, for typically, the US Attorney's Office takes the time, in advance, to build a bulletproof case against defendants, and the only way that he can reduce his ultimate sentence is through cooperation with the Government, which means providing Substantial Assistance that will result in additional indictments, and the recovery of criminal proceeds.

This would impact a number of possible targets, in the Middle East, in the Caribbean, and even in East Asia, whom he would be offering evidence against, and even testifying against, in open court. Given that the diplomatic/political efforts of his new counsel do not appear to have worked, Zarrab now must face the real possibility of entering a guilty plea, cooperating, and seeking a short sentence, due to that cooperation. His partners, business associates, and the facilitators of his money laundering operation are probably closely monitoring the court proceedings.
Posted by Kenneth Rijock at Friday, April 07, 2017