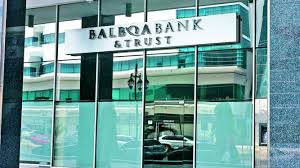 The case of Balboa Bank & Trust illustrates the dangers posed, to foreign nationals, who place money in Panama's banks. The bank, which lost its OFAC license, and now must be reorganized and sold off, was solvent at the time its was sanctioned by OFAC, for being under the control of the Waked money laundering organization, but its clients will not be receiving 100% of their funds on deposit; Here's why.

The Superintendency of Banking will be taking thirty per cent, from each account, a disturbing development which we have seen occur during prior bank closures. Panama has no government-sponsored deposit insurance program, and given the fact that many banks engage in lucrative, but illegal, money laundering operations for clients, the risk of loss of a depositor's funds is substantial. When assessing Country Risk, the safety of client bank deposits is one of the primary factors compliance officers examine, as the potential loss of a foreign corporation's accounts is enough to deter the opening of any operation in the Republic of Panama.

There are rumors that the most probable buyer of the bank is a prominent Panamanian family, but its identity has not been disclosed. This presents a new problem, as many of the country's most powerful, and wealthy, families are either linked to, or directly involved with, organized crime, specifically what has been referred to as the Syrian organized crime syndicate, the second- or third-generation descendants of groups of Middle Eastern origin.

This syndicate owns, or controls, a number of Panama's largest financial institutions, and routinely offer substantial bribes to government officials, to obtain official approval of their purchases of regulated entities. When the identity of the purchaser is known, we shall supplement and follow up on the information on this blog.