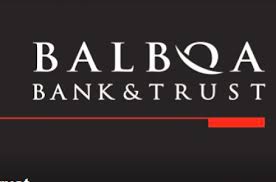 The Office of Foreign Assets Control, more commonly known as OFAC, has declined to renew the license it granted to Balboa Bank & Trust, a year ago, when it was sanctioned, due to its control by the Waked money laundering organization. If anything,  the refusal to extend the license is indicative of the seriousness with which the US considers the threats posed by the Waked organization, which laundered both Colombian, as well as Mexican, narcoprofits, through Balboa, as well as other legitimate businesses owned or controlled by the Waked family.

The bank was a well-known facility for drug money laundering, since its purchase, but the Government of Panama ignored incriminating information delivered to it, by whistle blowers and private intelligence analysts. Panamanians have reacted in anger, to the news that Balboa, without the ability to access the US banking system, will close forthwith. Panama has no central bank, and all international transactions transit through US banks.


Most Panamanians appear to be more concerned about the fact that approximately 2000 employees will lose their jobs, rather than the fact that Balboa was a longtime center for Waked money laundering operations. They consider any major new capital that enters Panama a boon to the economy, irrespective of whether it is legitimate or not, and the United States generally appears to have a "hands-off" policy, regarding the country's massive drug money laundering, conducted by its major financial institutions.