APPEALS COURT IN PANAMA GRANTS BOND TO MOSSACK AND FONSECA 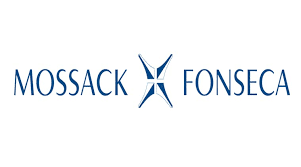 A Panamanian magistrate, sitting in the Second Court of Justice, in an appellate capacity, has overturned the initial ruling of the Seventeenth Criminal Court, and granted bond to Mossack and Fonseca senior partners Jurgen Mossack and Ramón Fonseca. The Court found that preventive detention, whereby the partners were incarcerated during the ongoing criminal investigation, was not proportional to the charges of money laundering, and set bond in the amount of $500,000 each.

Whether this is a serious error in judgment will become apparent as the money laundering case against them develops. The trial judge originally denied them bond, due to two major concerns:

(1) That they would flee Panama, to avoid prosecution. The massive amount of evidence against them appears to weigh heavily in favor of ultimate conviction, and if they flee the jurisdiction, they may never face justice.
(2) That they would continue to destroy evidence. While they were under investigation, Mossack staff members shredded firm records, and quietly stored the remains in a private residence, in an obvious attempt to commit Spoliation of Evidence; Panamanian law enforcement subsequently located the house.

MF partner Edison Teano, who is also incarcerated, was ordered released on $70,000 bond. He is listed as an executive at Mossack Fonseca . Aside from the attorney who admits that she was the manager at the law firm's Brazil office, no other Mossack attorney, or staff member, have been arrested to date, though many of the attorneys have since relocated to other firms in Panama City. Some of the lawyers who reportedly committed money laundering acts, for their clients, have deleted from their resumés any mention of the Mossack firm as their last plasce of employment, and they may have taken some MF clients with them.
Posted by Kenneth Rijock at Saturday, April 22, 2017