INVESTIGATORS FIND MANY COSTA RICANS IN PANAMA PAPERS ARE PEPS 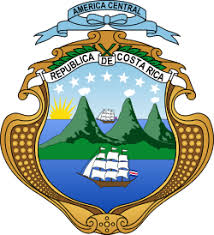 As each country delves deeply into the Panama Papers, they are finding, by and large, that many individuals investigators discover within the incriminating documents are their nation's Politically Exposed Persons, also known as PEPs, which raises the question about how such government officials came to possess large amount of money that greatly exceed their salaries, and known wealth & other assets.

Over in neighboring Costa Rica,  local media are referring to the scandal as the "Costa Rica Papers," due to the fact that 37, of the 137 Costa Ricans whose names show up in the Panama Papers, are PEPs. This information has spurred local authorities to launch multiple investigations into the possibility that these corporations formed, and accounts opened, by Mossack and Fonseca were created solely for the purposes of illegal tax evasion.

Among those located in the Papers were:
Two Vice Presidents
Four Deputies
Fourteen Ministers
Three directors of public institutions
One former diplomat who was assigned to the United States
Several individuals linked to the country's major political parties

Most of the offshore entities formed by the Mossack firm were incorporated in Panama, the British Virgin Islands, and  the Bahamas. Details of the MF branch in Costa Rica were also made public. Form the tone of the publicity surrounding the release of this information, it must be assumed that criminal tax evasion charges will ultimately be filed in San José.