US SANCTIONS UPON RUSSIAN BANKS MAY NOT BE FAR AWAY 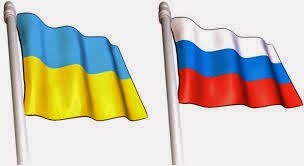 Reports from the Ukraine indicate that a major Russian bank, with branches in the Ukraine, is providing financial support to the Russian agitators occupying government building, through daily payments to them. The funds are said to be the equivalent of $200-$500 per day, and payment is effected through the Russians' debit or prepaid cards.

The bank has not been publicly named, but you can bet that the US Treasury knows its identity. If you have international clients engaged in trade with Russian companies, you might be well advised to warn them of the possibility of OFAC sanctions against banks that they have exposure to, whether in bank accounts, letters of credit, outstanding debts owed by their customers, or any such ongoing relationship that would be affected by the imposition of sanctions. They may want to reduce their financial exposure  at this time.
Posted by Kenneth Rijock at Wednesday, April 16, 2014