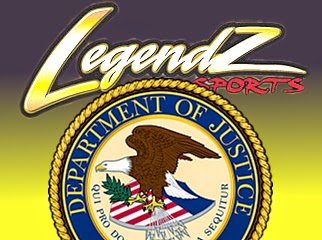 With the Panamanian presidential election just a few days away, yet another scandal has erupted. Vice President Juan Carlos Varela, the Opposition candidate for president, has been linked, by outgoing President Ricardo Martinelli, and his political party, to the billion dollar Legends Sports online gaming scandal. Varela has denied any involvement in Legends, also known as Legendz, and known online as betlegends.eu/, closed abruptly after its principals, and local US agents, were indicted.

Last year, 34 individuals, and 23 entities, most of them incorporated in Panama, were indicted in US District Court in Oklahoma, and charged with money laundering, conspiracy and operating an illegal gaming enterprise. Online gambling is illegal in the United States. Martinelli reportedly sought to smear Varela, just prior to the election, by asserting his connection with the Legends Sports scandal.

Varela challenged Martinelli to produce the evidence that he claims to have, implicating Varela in the Legends case, but no smoking gun has been presented, causing Martinelli to lose face in Panama, and reportedly increasing the number of Varela supporters. Dirty campaign politics, when exposed, backfired.Varela is now considered to have as many voters in his camp as  José Domingo Arias, the candidate of Martinelli's party; his wife is the vice presidential candidate on that slate.