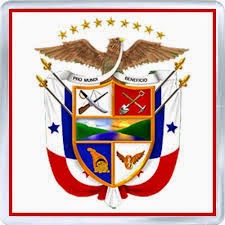 Next month's presidential election in the Republic of Panama has become an ugly street fight.

(1) Outgoing President Ricardo Martinelli, whose wife Marta Linares is the vice presidential candidate, under candidate José Domingo Arias (CD), is openly planning to be the power behind the throne, and evade the constitutional prohibition on his own reelection.

(2) Juan Carlos Navarro (PRD), the third candidate, though he reportedly has at least 30% of the voters surveyed, is not given much of a chance of being elected. There are many uncommitted voters who are believed to be for Martinelli's chosen candidate.

(2) Sitting Vice President, Juan Carlos Varela (PPP), the Opposition candidate, reportedly cut a back room deal with Martinelli during the last election, wherein Varela was to join with Martinelli, and be named president the next time around. Martinelli, who some experienced Panama watchers say became drunk with power, shortly after taking office, reportedly reneged on the arrangement, making the two of them deadly political enemies.

(3) Unfortunately for Varela, both he and Martinelli were reportedly involved in laundering criminal proceeds for the imprisoned Colombian fraudster, David Eduardo Helmut Murcia Guzmán.  If either plays that card, openly, against the other, before the election, it could backfire.

(4) Martinelli seeking to avoid any blowback regarding Murcia, has reportedly engaged the services of a retired former senior DEA agent, to uncover as much dirt on Varela, as can be found before the election.

(5) Rumors continue to circulate in Panama City, to the effect that the results of the election will be affected by widespread fraud, to be perpetrated by Martinelli's CD party; the fact that he engaged, as the principal  campaign consultant, an individual who is believed to have assisted in rigging one of Venezuela's previous presidential elections, has not gone unnoticed in Panama. Most observers already have conceded that Arias will probably prevail, and that the election will not be fairly conducted.

Should the predicted election fraud occur, and be exposed, and the expected filing of criminal corruption charges against Martinelli, in Italy, occur post-election, then Country Risk levels for Panama are expected to surge into the unacceptable sector. Compliance officers at bank whose clients have ongoing business in Panama may want to quickly reduce their short-term exposure at this time.
Posted by Kenneth Rijock at Saturday, April 26, 2014