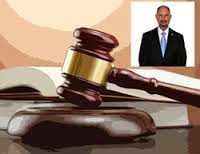 Anthony Livoti, the well-known 65-year old Fort Lauderdale attorney who was the trustee for Mutual Benefits Corporation, the billion dollar life settlement company that its owners turned into a major Ponzi scheme, was sentenced today in United Stated District Court for his role in the company, having been convicted of money laundering, conspiracy and two other counts.

Livoti, who is the son of a judge in the State of New York, and has practiced law for 40 years, received a sentence of ten years in Federal Prison. He must also make Restitution, in the amount of $827m, the amount the court has computed was the loss suffered by the victims of Mutual Benefits. The defendant was the only participant in the massive Ponzi scheme to actually go to trial; eleven others all entered guilty pleas, and received sentences ranging from one to twenty years.

The defendant was reportedly offered a plea bargain for three years, but he elected to go to trial, and compel the prosecution to prove its case. The maximum sentence he could have received was 80 years; the US Attorney requested 30 years; his attorney had asked for six.

As trustee. Mr. Livoti was responsible for disbursing funds held in escrow, to pay premiums on policies that had been sold to investors. Management looted the accounts to pay off old, disgruntled investors, and to cover premium payments where the life expectancies of the insureds exceeded the doctored estimate fraudulently computed, to justify the costs to the investors. the management also reportedly took $15m each, out of the company, for their personal use, and Livoti made the illegal disbursements.