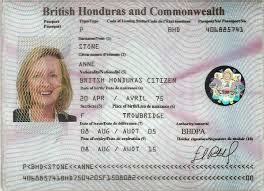 This is for readers who were not paying attention in geography class; If you do not remember my article on camouflage passports, they are passports from countries that no longer exist, whether through independence, name change, or other event.

As your history professor told you, Most former British, French and Dutch colonial possessions have adopted new names. Some enterprising Internet businesses sell, or even manufacture, passports with these outdated names, to sell to individuals, who use them to hide their true nationality, their identity, or for an illegal purpose. Any compliance officer with a good grasp of political geography and/or good Internet search skills can ascertain in a nanosecond whether a country shown on a passport exists today. 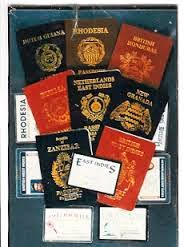 The EU list, which is published for the purpose of warning consular officers in EU countries against affixing visas to these counterfeit passports:

Note: There are also "fantasy" passports, which purport to be from jurisdictions that were never sovereign nations. Again, a quick online search will confirm your suspicions that the "Republic of San Cristobal" never existed. Compliance officers are generally not expected to have a broad-based educational background, but in this case, your academic knowledge comes in handy.