BEWARE CLIENTS APPEARING TO BE FROM "SAFE" JURISDICTIONS 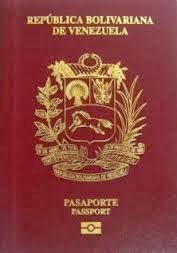 Clients who come from sanctioned jurisdictions often resort to trickery to fool international bankers into believing that they are nationals of other, more acceptable countries. The most glaring example I have seen of late is the case of one of Iran's most prolific gold smugglers, who was engaged in trading sanctioned Iranian oil, to Turkey.

He had  acquired a Turkish passport, and nationality, with a slightly altered name, so that his true identity could not be easily ascertained. Fortunately, he was arrested in Turkey recently, as he had engaged in widespread bribery of government officials, and some of those crime had been captured on government surveillance.

This deceptive practice does not only extend to concealing one's true identity, but also to the trappings of the business world. The Government of Cuba, a country which is broadly sanctioned by the United States, for the looting of assets of American companies in Cuba, after the Communists took power in 1960, flies its leaders all over the world in private jets with Venezuelan registration, and therefore, tail numbers. Who would think that businessmen arriving on a YV- registered aircraft might be from Cuba ?

If your new, high net-worth, client claims he is from a certain jurisdiction, does his accent (and slang) match his stated origin ? Perhaps someone on your staff, from that country, can work on some document preparation with the new client, and tell you if he is what he represents himself to be. Never take nationality at face value; where was he born ? That sometimes tell it all. Is he coming from a country where rampant corruption could result in the purchase of a passport ? Be careful here, especially where the client could be Iranian, Syrian, North Korean, or Cuban.