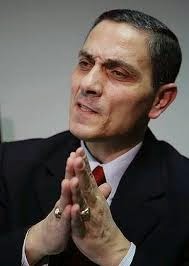 US District Judge William Pauley, who presided over the trial of convicted sanctions violator Richard Chichakli, has made his ruling regarding two new issues raised, post-trial, by the newly-appointed counsel for Chichakli, New York attorney Mitchell Dinnerstein.

You may recall* that two matters were brought to the Court's attention last week:

(1) That the Court had declined to grant Chichakli's request to call Viktor Bout's trial judge, Shira Scheindlin, to testify as to whether she judged a lead DEA agent's testimony as credible. Dinnerstein's letter to the Court, dated March 25, stated that there had been no ruling on this issue.

(2) That certain classified information was shown to the Court, in camera, and the the defense was neither permitted to view it, nor learn generally what information was contained therein, and that such
information prejudiced the Court against Chichakli.