JEWELER WHO LIED ABOUT 12.08k DIAMOND GETS HOUSE ARREST AND PROBATION IN PONZI SCHEME Here's another case that illustrates how even fringe figures, far removed from a Ponzi scheme, end up being charged, when a Ponzi scheme implodes. Patrick Daoud, a prominent Fort Lauderdale jeweler entered a guilty plea to a single count of Obstruction of Justice, in US District Court recently; Daoud lied under oath, when being deposed in a bankruptcy proceeding of the law firm of convicted $1.3bn Ponzi schemer/attorney Scott Rothstein, now serving 50 years for his crimes. 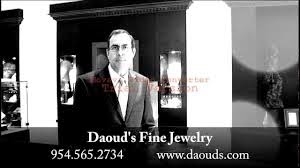