HAS HOUSTON REPLACED MIAMI AS THE CENTER FOR VENEZUELAN MONEY LAUNDERING ? 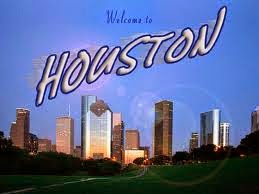 Miami is the epicenter of the Venezuelan expat community, and it is often accused of being the focal point for the laundering of illicitly-acquired wealth coming from Venezuela, but if we are to use the amount of Venezuelan "flight capital" being laundered as the yardstick by which we measure which American city is guilty of moving the most Venezuelan dirty money, Houston, Texas may very well top the list. Here is a summary of my reasons why:

(1) The money laundering operations in Houston are dominated by, but not limited to, trade-based money laundering through the petrochemical industry, involving suppliers of goods and services to Venezuela's government-owned oil conglomerate, PdVSA, and other companies, all of whose deliberately non-transparent financial operations provide a cover for their illicit activities. Goods are provided for prices far in excess of global market pricing, and services, if they are rendered at all, are seriously inflated.

(2) Some of the purported "payments for goods and services" are drug profits, which have been folded into the PdVSA treasury and accounts, by narcotics kingpins. This is a well-known fact among former PdVSA staff, many of whom have left both the company, and their country, for a life of exile. Since PdVSA receives dollars, for its oil exports, and narco-profits are also earned in dollars, mixing the illicit income with the legitimate does not present as problem, especially in a corrupt environment where all participants are either bought off, or otherwise silenced, preventing any internal whistle blowing.

(3) Additionally, the proceeds of extortion and kidnapping operations, conducted in Venezuela, have also found their way into Houston, in this manner, where the legitimate sales of goods, albeit for inflated prices, serves to wash the dirt off this cash. The funds are later transferred, upon the orders of the groups involved in this organized activity.

(2) The companies, most of whom were originally inexperienced shell corporations that magically secured lucrative contracts with PdVSA, resulting in what I can only describe as obscene profits, in the many millions of dollars, per transaction, have become major players.

(3) The owners of these companies are living the high life in Houston, with luxury homes, and all the major adult toys, leading jet-set glamorous lives. If you are familiar with Venezuelan politics, you would recognize a number of them, as they are mostly members of the so-called Bolivarian Elite, all Politically Exposed Persons, PEPs, with close ties to both the Venezuelan Government, and the senior management of PdVSA.

(4) After the wash, dry & fold spin cycle, the squeaky-clean "profits" find their way into tax haven bank accounts of Venezuelan Government officials, including the PdVSA leadership, looking like anything other than the bribes and kickbacks which they are. Some of the profits, of course. remain with the Houston operators; A money launderer's gotta eat, right ? 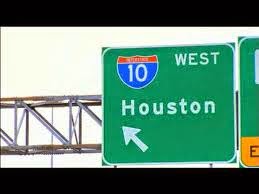 (5) Some of the now-clean profits actually are contributed to bona fide charitable operations, though a number of those beneficiaries provide support for radical leftist operations within the United States, some of whom have engaged in disruptive and destabilizing street demonstrations and actions that have threatened the peace of urban areas.

(6)) My investigation has identified eighteen corporations that are engaged in what I can only describe as racketeer-influenced corrupt activities. The best estimates are that more than three billion dollars has been laundered through these companies. Rumors abound about ongoing criminal investigations of these companies, as there are obvious Foreign Corrupt Practices Act, as well as money laundering, and RICO, violations, but I have not seen any arrests, yet.

(7) The participants do not skimp on protection: full-time bodyguards on staff, coupled with the state of art security, at a level one generally only sees for senior government figures. They also have retained the services of one of Venezuela's most notorious "reputation protection" firm, whose duty is to flood the Internet with so much garbage that any serious inquiry will require one to wade through page after page of fluff, meaningless web entries, all designed to obscure damaging information about the activities of the subject of your inquiry. This is a common practice among the Bolivarian Elite, whose sweetheart government contracts, with excessive profits built in for them, are the rule, rather than the exception. Also, some of the Bolivarian Elite are convicted felons, accused murderers, and major white-collar criminals, and they do not like to have those facts exposed on the web, hence the widespread use of Internet protection companies.

Are any of your bank clients involved in purchases or sales with any firms in the petrochemical industry, in the Houston area ? If so, I recommend that you examine both your client, and its customers, closely, under a compliance microscope. You do not want to be one of the banks later identified, in any major Federal criminal case, as an unwitting participant in a major money laundering operation. 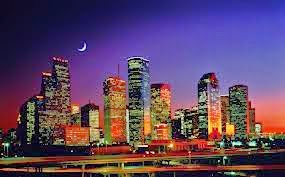