IRAN CANNOT GET ITS MILLIONS OUT OF VENEZUELA 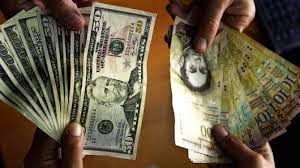 Money launderers working to protect Iranian interests in Latin America are desperate to move the estimated hundreds of millions of dollars presently located in Venezuelan banks out of the country, but President Nicolas Maduro has prohibited Caracas bankers, and the Central Bank, from allowing their dollars to leave his embattled nation. Should a democratic government come into power, it is all but conceded that such assets would be immediately frozen, and Iran fears the total loss of its accounts there. They might not even have to wait for that to happen, as corrupt Venezuelan government officials, on their way out the door, into a life of luxury in exile, should the regime fall, might just steal some of it, for personal use. There is no honor among thieves.

Well, it is doubtful that, even if Maduro was to grant permission to move those funds, the most likely tax haven destination, the Republic of Panama, would even accept them. The Superintendent of Banking, in a rare moment of candor, stated recently that there was between thirteen and seventeen billion dollars, of "flight capital," that had been 'looted' from Venezuela. Venezuelan-Panamanian relations are at an all-time low, due to Venezuela's reported massive default on payments to Panamanian companies.

Additionally, The Government of Panama has threatened to close one of the two Venezuelan banks with branches in Panama. Though the grounds for this action have not been made public, the bank under threat is said by to be holding Iranian funds in excess of $100m. One Venezuelan bank's Miami branch is busy hiring a team of compliance officers,  to perform look-backs on all its Latin American customers, and file SARs in a rush, before the roof falls in, later this year. I can only assume they anticipate an AML audit shortly. This is not a good year to be a Venezuelan bank.
Posted by Kenneth Rijock at Thursday, April 24, 2014