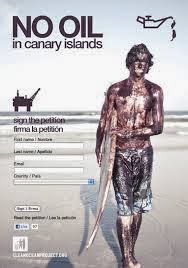 If your bank has clients in the petrochemical industry, be advised that certain dodgy oil brokers, located in Spain's Canary Islands, are offering for sale what they describe as oil of Nigerian origin, available and already en route to a refinery in the Caribbean. Don't you believe it for a minute, for the oil is the property of the Government Cuba, which is still under total US sanctions, and is, in truth and in fact, of Venezuelan origin, but under Cuban title and possession, by virtue of the barter agreement in place between the two countries. Apparently, the brokers intend to falsify the records, in order to evade the sanctions. The also claim that your purchase be swapped for oil already on route, so as to speed its delivery and processing time.

As such, the purchase of these shipments, which are offered by the brokers while allegedly in transit to a refinery on the other side of the Atlantic from their point of origin, which is arguably a commercial impossibility, is prohibited to US entities, citizens or residents, and would result in substantial fines and penalties from OFAC.

The other possible alternative is that the entire operation is a fraud, and the brokers do not intend to order the delivery of the products, but to take the money and run. Either way, this is not a transaction for anyone to engage in either as a purchaser, or as a financial institution assisting a customer.
Posted by Kenneth Rijock at Tuesday, April 29, 2014