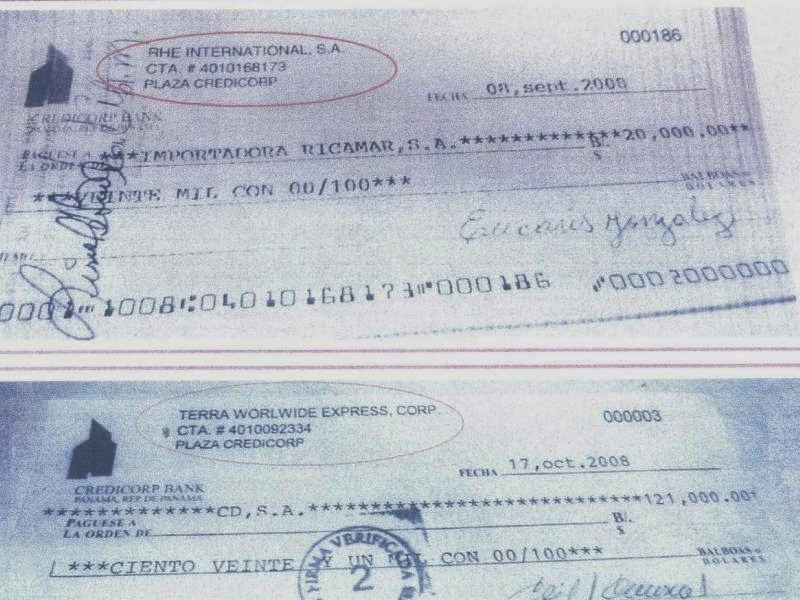 In my recent article on the sudden appearance, of copies of checks that evidence illegal presidential  campaign contributions, signed by convicted fraudster/Ponzi schemer David Helmut Murcia Guizmán, O remarked that I would be following up, should copies surface. You can see them above.

Remember, the official unit of currency is the  Balboa, which is pegged to the US Dollar, the de facto currency,  at 1:1 . Those figures on the checks are in dollars. Both of the payees on this instruments are corporations controlled by Ricardo Martinelli. Total contributions on the two checks: $141,000 .