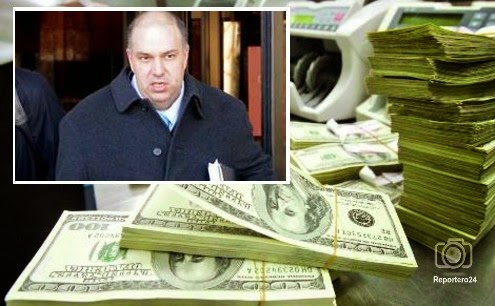 The attorney for convicted hedge fund Ponzi schemer, Francisco Illarramendi, has filed a motion for temporary release, asserting that his client cannot properly review the more than 15,000 pages of government-produced documents, to ascertain the exact amount of victim loss. It is claimed that he cannot assist his counsel, while in custody in a state correctional institution.

The United States Attorney in Connecticut,  in a written opposition, has objected, on the following grounds:

(1) The defendant cannot be trusted, he lied to the Court and the Government after he pled guilty.
(2) The defendant committed serious violations of the conditions of his bail.
(3) He has had more than two years, since his conviction, to ascertain the amount of loss. He himself earlier had estimated it as a $300m loss. The stated grounds for his temporary release, to calculate the amount of loss, are not necessary to assist his counsel with the documents.
(4) His Pre-Sentence investigation Report (PSIR) reportedly calculated his guidelines sentence as Life in Prison. Since there is no more parole, he would die in custody.That makes him a serious flight risk.

Illarramendi has gone through four different attorneys during this case, and the Court has stated that it will not allow any more continuances. There is a sealed pleading, referred to in the Government's filing, referring to certain unspecified misconduct of the defendant, committed while he was out on bond. He obviously has attempted to game the Court system, and Government is obviously tired of it, as is the Court.

This is a 2011 case, and it is high time for the sentence to be pronounced. The defendant has run out of excuses to delay justice any further. Is a life sentence fair in a white-collar case ? Ask his victims.
Posted by Kenneth Rijock at Friday, April 11, 2014