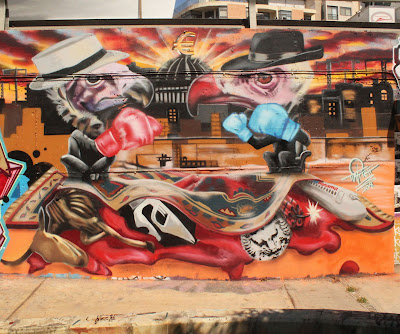 A Plague on Both your Houses,  By Twitch*

Political parties in any country, including the United States, are not immortal.They can implode due to a massive scandal, or the public's loss of faith their ability to deliver on promises, or total loss of relevance.  We await the judgment of history upon the Labour Party of the Republic of Malta. Its titular leaders, and power brokers, are about to suffer a legal Tsunami that will shake the party to its very roots. Whether it survives as a viable entity is anyone's guess.

Why is this happening ? It seems that the Party's Socialist roots (think Dom Mintoff) have been cast off in favour of what objective observers call Champagne Socialism, where the leadership espouses populism and socialism, but drowns in bribes and kickbacks, offshore tax haven shell corporations, and Mafia-style participation in just about every form of crime that a country could have operating within its borders.

The avarice and greed have become so all-consuming that the Party leaders have, while engaging in transnational crime, unintentionally awakened the Tiger, and they are about to end up inside it (no pun intended). If you insert yourself where the Big Boys are playing, and interfere with their game, you will pay the price, one way or another.

This might be a good time for the people of Malta to create a new political party, or resurrect an old one that has sentimental value, for things are about to change; Strap in and buckle up.

*Note that the deteriorating Enviromnent, Daphne's assassination, Pilatus Bank, and Panama have all been swept under the rug, whilst the vultures fight over the remaining spoils. Twitchcraft.

Help us expand our coverage of the Malta money laundering cases; one man cannot cover three courts in three different American cities, which we expect will soon be upon us. We need assistance through engaging court observers. Please help us by donating through the website, which you can access on your laptop and desktop. If you would like to donate, look for the Donate icon,