WHY DID FINANCIAl PROFESSIONAL OVERSEEING WINDING UP OF PILATUS BANK SUDDENLY RESIGN ? 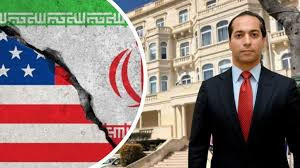 LAWRENCE CONNELL, appointed in March 2018 as the Competent Person assigned to manage the affairs of Malta's Pilatus Bank, abruptly resigned his office, in the wake of a failed effort by the bank's shareholder, the Iranian businessman ALI SADR HASHEMI NEJAD, to obtain Discovery from Connell, through judicial proceedings filed in an American Federal Court. No reason has been publicly given for the resignation, which was effective forthwith, and which raises serious questions regarding the circumstances surrounding that decision. Was there pressure exerted upon Connell, to resign, and if so by whom ? The dismissed US case indicated that Pilatus wanted him to provide evidence used to cancel the bank's license by the European Central Bank (ECB).

Malta's financial regulator, the MFSA, immediately appointed the Maltese accountant/auditor, ROBERT ANCILLERI. There is no indication that he was selected from a list of qualified accounting professionals who were available for the position. Ancilleri, who is known to be close to the Labour Party, although he is not a registered Member, could therefore be subject to undue influence from party leadership, or government officials who are Labour Party Members.

If Ancilleri, for any reason, chooses to withhold, or fails to locate and produce, evidence unfavorable to Pilatus Bank, the outcome of the pending Annulment action against the ECB, seeking to reinstate its banking license, it may affect the outcome. Rampant corruption, which infects literally all court and administrative proceedings involving Malta, could result in the bank's reinstatement, notwithstanding a Magistrate's report, concluding that there was massive money laundering in the bank.

This matter is yet another reason for the Magistrate's Report on Pilatus Bank, which reportedly recommends that all of the bank's directors, its senior officers, and the Money Laundering Reporting Officer, be charged with money laundering. The Attorney General is known to have received the Report, but is reportedly sitting on it, as it allegedly recommends charges against JOSEPH MUSCAT, the country's disgraced ex-Prime Minister, as well as others living and working in Malta.