WHAT WILL MALTA'S DO-NOTHING MINISTER OF JUSTICE DO WHEN THE PILATUS BANKS MAGISTERIAL REPORT IS LEAKED TO THE PRESS ? 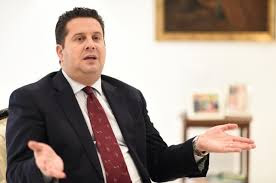 Pilatus who ? Never heard of it.

Malta's intentionally inept Minister of Justice, Edward Zammit Lewis, has lashed out at the Shadow Minister for Justice Jason Azzopardi for having the temerity to ask for confirmation that the Magistrate's Report on  Pilatus Bank, which recommends charging bank officers, directors and MLRO with money laundering, is in the hands of the Attorney General. It's called "Shoot the Messenger," and it is what corrupt government officials in Malta do when their refusal to arrest their friends and associates is mentioned in public. They lash out any anyone with the courage to ask the hard questions.

Malta's Justice Minister is a joke; his office refuses to charge anyone affiliated with the country's ruling Labour Party with money laundering, lest that lucrative sideline be denied to them. What will happen when the Magistrate's Report  on Pilatus appears in the global press, because it is now in the hands of overseas recipients who have the intention of releasing it at a very bad time for Malta's corrupt leadership ? Rest assured that we have been advised by the holder of that report that release to the foreign press is coming soon.

Whether Zammit Lewis ends up being charged with a corruption offense in another country we cannot say, but he certainly deserves some payback in Malta for slow-walking, and even feeezing, any justice when it comes to money laundering, as Malta is currently deserving of the title" Money Laundering Capital of the European Union."  Lewis should he brought to justice forthwith.

Please visit the web version of this site on your desktop or laptop, and Donate.