WE TAKE A CLOSE LOOK AT A MALTESE POLITICIAN 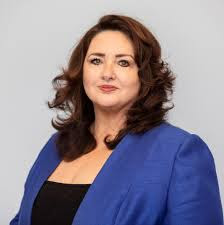 It is  a primary function of this blog to call out alleged corruption whenever we see it, and our sources have pointed out Malta's former Labour Minister Helen ( Helena) Dalli as the Poster Child for alleged corruption, given recent events involving her son, Jean-Marc Dalli. A former Malta beauty queen, who later was associated with both Dom Mintoff and Joseph Muscat, Dalli's Maltese political career which has had a number of ups and downs, is punctuated with troubling corruption issues. Let's discuss some of them.

The young Dalli was found guilty in 2013, of trafficking in Ecstasy at a party venue in Paola. He was then 18 years old, and now, eight years later, he is now belatedly sentenced to a mere three months of imprisonment, fined €650, and ordered to pay one-half of the court costs of the case. A number of local commentators have complained in media that his extremely short sentence was imposed as the direct result of his mother's  influence upon Malta's well-known corrupt judiciary.

Jean-Marc Dalli was not prosecuted for money laundering, which is the usual case for drug traffickers in Malta. Also, the extraordinary delay in sentencing, without any explanation from the court, is another red flag of corruption. Dalli had an opportunity to create an extensive legitimate, law-abiding work and social history, to justify a slap on the wrist at sentencing, due to rehabilitation, which is a favored tactic of defense attorneys.

We would point out that the son enjoys an above average level of wealth, which is not consistent with his educational level and vocational achievements. His Facebook page photographs confirm extensive international travel. How was it paid for ? His wealth was not investigated prior to sentencing. 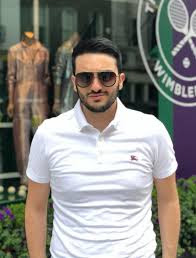 Allegations of corruption pervade the Dalli family story. Patrick Dalli sold his painting to the Government of Malta at a price deemed to be three times that of its actual worth, if you take the Times of Malta assessment as true and accurate.

The MEPA Board decision not to sanction what it found was illegal construction on a farmhouse owned by the then-Minister, in a matter where she had previously approved a related policy , in a clear alleged conflict of interest is but another instance of what could be determined to be improper use of her political power to achieve private advantage. An article in the Malta Independent exposed the scheme.

Daphne Caruana Galizia reported in October, 2016 that Dalli not only appointed her son Luke's girlfriend, Rachel Debono, to her Secretariat as then Labour Minister, but secured the post of Legal Officer for her son Luke at the Malta Arts Council. That is alleged cronyism at its best. Back in November, 2015, Daphne confirmed that Dalli's Chief of Staff (Head of Secretariat), was no other than Ronnie Pellegrini, a reputed thug for a criminal organization back in the 1980s, and that she had concealed the fact of his employment, by omitting to list him on the appropriate government lists.

We intend to publish similar profiles, revealing specific instances of repeated and systemic alleged corruption, on a number of  Maltese leaders, in the hope that such bad apples are removed from public office, as their corrupt acts betray the Public Trust, and cost Malta's taxpayers dearly each day.