THE INTERNATIONAL SCOPE OF THE MALTA MONEY LAUNDERING INVESTIGATIONS 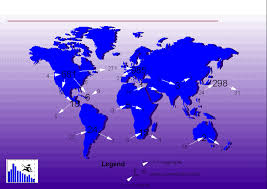 Our recent article, The Fate of Dominica's Financial Criminals is now Inextricably Intertwined with those of Malta (January 27, 2011) appears to have struck a nerve in Dominica. Readers should always keep in mind that international money laundering is always a crime that occurs in more than one jurisdiction, and has transnational consequences. Often, the criminal consequences are unintended by those who engage in those acts, as they are unaware of the reach or impact of foreign laws, and their enforcement by authorities often far removed from the launderers themselves. They find out too late to make corrections.

In the case of Malta money laundering, it is not only the long arm of American law enforcement, and that of the United Kingdom, but given that dirty money that either originates in, or is ultimately destined for, the individuals or governments from regimes in Iran, Syria, Turkey, Russia, and even North Korea, one must expect push back from other nations, notably those of the European Union, of which Malta happens to be a member.

Therefore, let's not be surprised if and when nationals from both Western countries, as well as those from the Eastern dictatorships are named as co-defendants. Money launderers rarely consider the geopolitical consequences of their illicit operations in advance; however, they often rue the day they opened a serious international money laundering investigation from abroad, by merely operating in a place where they should not have been, and woke up the dragon.