A TIMELY REMINDER: THERE IS EXTRATERRITORIAL JURISDICTION OF AMERICA'S MONEY LAUNDERING STATUTES 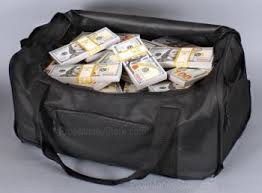 Basically, the elements of the crime for foreign officials are as follows:

(A) There must be a natural person who is engaged in a financial transaction. This term has been broadly interpreted by Federal Courts.

(B) The individual must know that the transaction involved the proceeds of an illegal activity, known as a Specified Unlawful Activity. Some recent examples; violations of the  Foreign Corrupt Practices Act,  corrupt acts, or violations of the Wire Fraud or Mail Fraud Acts.

(C) The individual intended to conceal the proceeds of the unlawful activity, or promote the activity itself.

(D) If the individual is not a US citizen, it exceeds $10,000, and the conduct in part, occurs in the United States. This is where correspondent banking relationships often invoke jurisdiction, as they can involve movement of the proceeds of crime. They are the necessary conduits of US Dollar transactions, and satisfy the jurisdictional requirements.

Therefore, one may never have any ties to the United States, but receive US Dollars as the proceeds of a criminal act, and deposit those greenbacks, which work their way through the global banking system, including through the New York financial centre, thereby providing jurisdiction.

Alternatively, bribes and kickbacks, paid in US Dollars by American companies to foreign government officials, originated in American financial institutions, did, in part, occur in the United States. There's your jurisdiction another way.

These are but two simple examples of how prosecutors find extraterritorial application of America's money laundering laws. When the senior foreign government official finds out, to his chagrin, that the bribe money he accepted from an American corporation to approve a contract with his nation, he may be literally biting off more than he can chew.

Help us expand our coverage at the upcoming criminal cases. Please donate.