AS ITS DAY OF RECKONING APPROACHES, MALTA'S CORRUPT LABOUR PARTY ATTEMPTS TO SHOOT THE MESSENGER 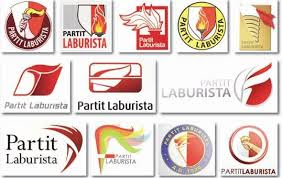 We note that an article appeared today, in one of Malta's government-controlled newspapers, that attempts to smear this blog and your blogger, by openly doubting that the information appearing therein is true and correct. Furthermore, the article clumsily attempts to discredit yours truly, with half-truths and disinformation, all of which is designed to convince the people of Malta not to read our stories, especially when they concern their cashiered former Prime Minister, Joseph "Artful Dodger' Muscat, and his Labour Party.

Nothing in that poorly-written article should persuade our readers to stop seeing the painful truth about their corrupt government, its dark alliance with international criminals, and its ultimate destiny, which shall be total disgrace when its leadership is indicted abroad. Truth to Power, my friends.

Regarding the incomplete picture painted in the article, longtime readers of my work know that I have been, while engaged in other pursuits, a journalist for more than fifty years, beginning when I wrote combat stories while riding atop an armoured personnel carrier in the Vietnam war, as a soldier fighting Communism. In all that time, including over 8000 articles on financial crime, I have only been found once, by any court, to have published information later found to be untrue, and by the way, that was due to lies told by two sources, though I have not been ordered to pay one cent for damages, nor will I be required to. I consider that a pretty good track record, considering the huge number of articles I have published.

The writer of the article about me cleverly ignores the fact that that I am a recognized expert in the field of money laundering, due to my open acknowledgement of my participation in that dark art in my youth, and have testified before the United States Congress three times as such, in 1999 and 2000. You can find the transcripts online in the Congressional Record.  I have lectured on the subject of how to identify and suppress financial crime in over 100 countries, and have consulted with law enforcement agencies in the United States and Canada, for more than 25 years.

I know money laundering when I see it, and Malta is completely infected with it; while claiming to help the people, Labour are proven Champagne Socialists, raking in bribes and kickbacks, while paying lip service to the principles of Dom Mintoff. I therefore pose a direct threat to Malta's financial criminals and their facilitators in the Labour Party. No wonder they want to discredit me; Let them try. Their party's continued existence is at stake here, for if their corrupt leadership is indicted abroad, it could implode, thereafter to be left in the dustbin of history; No wonder they are afraid. 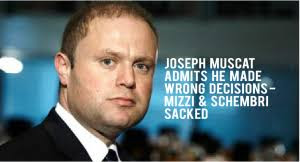 The article asks whether my predictions about Malta's future will come true. Watch this blog for the answer.