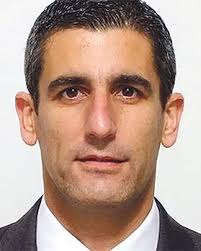 While Malta media is slowly waking up to the idea that there's something very rotten about the MFSA appointment of ROBERT ANCILLERI as Competent Person in the Pilatus Bank matter, given that he was, in January, appointed an Non-Executive Director of DF Consultancy Services, part of DF Advocates,  Sadr's attorneys, there's so much more that makes the appointment unfit for any purpose:

(1) While he resigned from that directorship, the Conflict of Interest still stands, by any objective measure.

(2) DF is very close to former minister, and Muscat associate, CHRIS CARDONA; they worked for him when he held ministerial rank.

(3) Government officials who are Labour Party Members were so quick to fill in the shoes of Lawrence Connell, so that Sadr's attorneys no longer need the Discovery case in the United States;  thet can get all the information they need for Ancilleri, who is a known friend of Sadr's Malta attorneys.

(5) There have been repeated rumours to the effect that Sadr has threatened Muscat and his associates in government with public exposure of all of Pilatus' dark money laundering secrets, including Egrant, and that is why he has not been, nor will he be, charged with cleaning dirty money at the bank. Sadr 's evidence could put Michelle Muscat in prison for a very long time, and he could testify about bribes paid to secure, on a fast-track basis, the Pilatus banking license.

Ancilleri should be immediately replaced with an experienced accounting and banking professional who is not under the thumb of Joseph Muscat and his Merry Men of corruption. To do any less marks Malta, again, as the most corrupt government in the European Union.