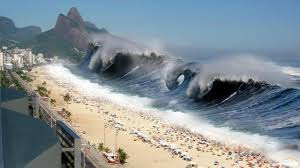 It's coming soon, and the known targets of the Malta money laundering investigation are coping by taking sleeping pills nightly, and consuming anti-depressants. For years, they have been immune from criminal prosecution on their own country, due to rampant corruption and influence peddling that has infected the court system, the Malta Police, and all government prosecutors. The arrangement made them bulletproof, or so they thought, for what foreign jurisdiction would deign to seek to extradite them for international crimes, knowing of the inherent delays that would occur in Malta's courts, if requests were made from abroad.

The Malta targets, however made a fatal mistake;  in the arrogance that often comes with major financial success in criminal ventures, they neglected to avoid criminal transactions with the nationals of a country that has broad criminal conspiracy laws, and laws held to have extraterritorial application. A foreign jurisdiction, in charging its own nationals, simply added the Maltese co-conspirators to the indictments, and what Malta's corrupt leaders though would never happen, did in fact come to pass.

Obviously, they failed to consider the consequences of committing transnational crimes that violate US laws, with American citizens or residents. It would appear that they did not receive useful advice from their attorneys. Whether their lawyers failed to consider the international implications, or chose not to be a party to any matter involving the rendering of any advice on how to evade criminal liability we cannot say, but now the targets are looking at the arriving legal tsunami, and, failing to cooperate early on  to mitigate their exposure,  they have no means of escape.