If you have been following our coverage of United States vs. Turkiye Halk Bankasi,  the Halkbank case, you know that the Second Circuit court of Appeal has ordered a Stay of trial court proceedings, pending a decision in the bank's appeal of the Court's denial of its Foreign Sovereign Immunity defense. On January 15, bank counsel sent this letter to the Court, which appears to be a pointed reminder to the judge of the terms of the Stay. Counsel specifically asked "to vacate all pretrial, trial and related deadlines in this Court."

It may have been made with respect, but the letter still appears to be out of line, in our humble opinion. The Court has a staff, including attorneys who function as law clerks, who would have brought these issues to the attention of the Court, if in fact the Court would not have already taken care of it. Is the letter insulting ? We cannot say, but in a case where defense counsel has pulled out each and every effort to extricate their client from the case, the letter is a bit too much. Judges receive Stay orders often; they know what to do when they receive one. 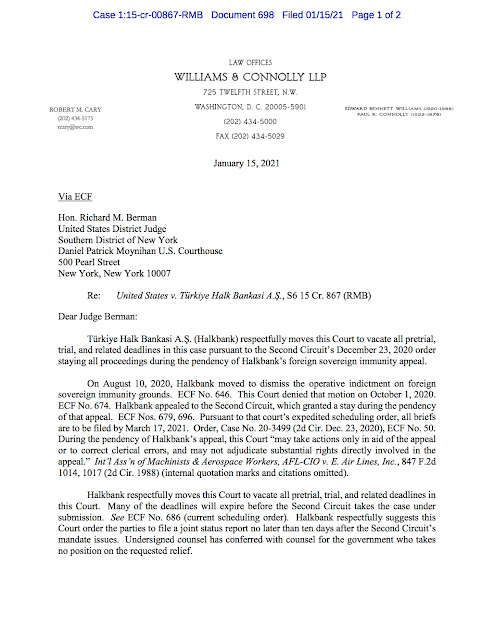