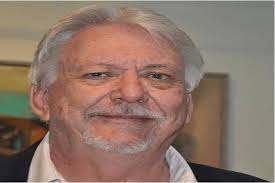 There has been no press coverage in Malta of the suspected poisoning of British investigative journalist Barry Randall, and we are wondering why. Mr. Randall, the editor of Caribbean News Now, an Internet news website that had a long record of covering both Citizenship by Investment matters, and corruption issues, died after a mysterious illness that some commentators have learned was attributed to Polonium poisoning, inflicted by person or persons unknown.

Mr. Randall, who your blogger knew well, was in direct contact with the late Daphne Caruana Galizia, as both journalists had a number of professional interests in common. As we have previously reported, Randall did later receive a threat letter, sent on behalf of a wealthy Asian resident of Malta, who reportedly represented Chinese economic interests, about his reporting. That individual left Malta soon after her murder, and has not been located since.

After receiving a tip from a source, Randall urgently traveled to Montenegro, without advising anyone of the purpose of his trip. He apparently had been requested to come in person, to receive what he described as blockbuster news. Upon arrival, he dropped out of sight, only to surface in the UK later, in distress and desperately seeking a flight back to the United States. thereafter, Randall, who was previously known to be in good health, became ill and later passed away. The subsequent arrest, upon arrival in Malta, of a suspected organized crime figure, who was carrying Polonium in his baggage, raises many questions about who was responsible for the murder.

The Question: was Barry Randall, following up on information about the Wind Farm project that Daphne was investigating, and did that get him killed ? His death is the subject of a US and UK investigation, but why hasn't Malta reported on the case ? There seems to be a news blackout on the subject.

When will the Malta Police open an investigation, or have powerful and dark forces intervened ?

Please help this Blog cover the upcoming US court cases by Donating, so that we can engage local reporters in the cities where the sealed indictments are believed to be filed. Donate.