CASE INVOLVING MATTHIAS KRULL CODEFENDANTS HAS NO ENTRIES SINCE OCTOBER 2020 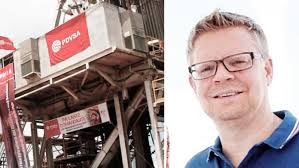 If you read my recent article, Are the Seven Other Defendants in Matthias Krull's Miami Money Laundering Case also looking for Someone to Testify Against ? (January 12,2021), you know that there are a fistful of money launderers, all linked to the convicted Swiss banker & laundryman Matthias Krull, who appear to be cooperating with the authorities. There are several guilty pleas, or a total lack of a zealous defense being conducted in the remaining cases. What's up ?

A quick check of the docket, strangely enough, shows no entries whatsoever since Last October. Either I have lost my touch in interpreting between the lines, or these defendants are all looking for sentence reduction through cooperating against targets who make the mistake of going to trial. Given that Krull was involved in, not only the major Venezuela-to-Miami money laundering case, but also movement of over $100m to and through Malta, how many of the seven other defendants have first-hand knowledge or evidence that they could employ against the Malta money launderers at trial ? Food for thought, gentlemen.