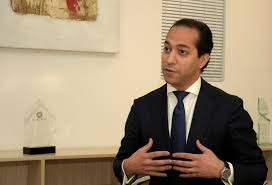 A final check of the docket regarding In Re Pilatus Bank PLC,  the petition to collect Discovery filed in US District Court in the United States,  shows no entries except a Summons issued on December 28. You may recall that the Court ordered that the bank amend its petition, and serve the respondent, the former Competent Person appointed to wind up the bank's affairs in Malta, after its license had been revoked by the European Central Bank, before Christmas.

While no service was effectuated, counsel did ask for additional time to serve, based upon their artful interpretation of the rules on the computation of time, which might possibly have given them until the 28th to serve him.  In any event, nine days later, there is no service in the court file, so the Court must certainly now consider the case closed, as it stated in only order it has entered.

We still have no idea why the owner of Pilatus, Ali Sadr Hashemi Nejad, chose Miami attorneys for a case filed in New England. Sadr's criminal case was in New York, he lives in suburban DC ( Maryland), and he is not known to have any business affairs in Florida. Whether the Malta money laundering targets should take anything from his engagement of a Miami law firm, when Matthias Krull's Venezuelan money laundering case is there, we cannot say, but perhaps Muscat and company have cause for concern from that fact.