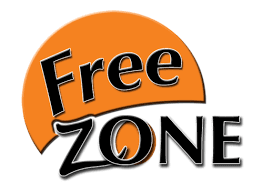 If you were paying close attention to Joseph Muscat's post-resignation activities in early 2020, you know that he told the local press that he has, strangely, retained one matter after leaving his position as prime minister in 2019: The government project to create a Free Zone adjacent to Malta international Airport, for the deposit and storage of fine art and other items of value. Putting aside the issue as to whether this is improper, or represents a conflict of interest, his continued involvement in the Free Zone project is but another of a number of ways in which Muscat and his associates intend to use the dodgy Malta fine art sales trade to launder the proceeds of crime.

First of all, for those who are not familiar with the Free Zone concept, it allows the wealthy to transfer and park their valuable possessions in a secure warehouse setting abroad, but in a legal limbo where the items arrive outside normal customs channels, and in essence are thereafter hidden from the world indefinitely., being dropped in a sort of Black Hole. You can imagine the potential for abuse; removing illegally-acquired assets from law enforcement as well as potential claimants and creditors; for secure tax evasion, and of course for money laundering, if the items of value can later be sold in an unregulated industry or business setting. Price manipulation and fraud of the owners are also facilitated, which we will discuss in a future article.

If you require more information, I recommend my article:  How Many Money Launderers under the Microscope are Parking their Drug Cash in Free Zones ? Published June 10, 2014 on this blog. You may access the complete text here.

Malta's love affair with the Free Zone concept dates back as far as 2014, when it was first advanced, and individuals who were directly involved began looking for qualified staff with sufficient fine art education and experience to run the program, as it was anticipated that most of the items placed on deposit would be fine art. We know that former Minister Chris Cardona was also involved, and he did take a trip to a number of international destinations, including the principality of Monaco, where the Russian billionaire businessman and investor Dmitry Ryboluvlev, believed to be a backer of the project, resides. Ryboluvlev's family members reportedly hold Malta IIM (Citizenship by Investment) passports.The unexplained loss of Cardona's travel receipts, which were said to exceed €8000 for the Monaco portion of the trip alone, was never resolved.

What is unusual about the feasibility of such a project is that it anticipates international import of fine art into Malta, which would be coming in for storage and deposit in a Malta Free Zone warehouse, runs up against Malta's Cultural Heritage Act, Chapter 445 of the Laws of Malta. 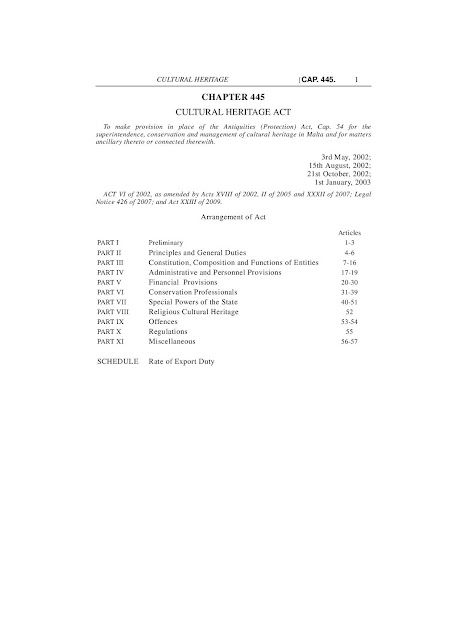 The Act, for all intents and purposes, renders the importation of art for retail sale impossible as a practical matter. When art from abroad arrives in Malta, the act requires that the Superintendent of Cultural Heritage sends a staff member to inspect the work, which involves a substantial fee. The fee applies even if the art is coming from an EU country. Once he or she certifies it as art, it generally cannot be removed from Malta as it is now, by its physical presence, actually a part of the country's cultural heritage. Buyers will not purchase fine art to remove it to their residence abroad, or for resale, due to the additional initial governmental costs, which they must absorb, and the distinct possibility that they later cannot move the art out of Malta.

Given the foregoing, How could the Government of Malta, and presently Mr. Muscat, honestly believe the Free Zone project will work, if the clients had to endure the restrictions and costs of the CulturalHheritage Act ?  Muscat was the PM for six years; why didn't he modify the Act to exclude Free Zone transfers ? it makes no sense, unless he already has factored in a remedy, such as bringing in the art outside the normal Customs laws, free of the Inspection Costs. And removing the art from Malta ? Will it also be transferred free of the Superintendent's orders ? We cannot say, but given that the laundering of criminal proceeds, tax evasion, fraud upon creditors, and other criminal activities appear to be the principal reason anyone would be interested in placing their assets in a Free Zone, Malta does not need to become a favored destination for the proceeds of International Crime.

Since Joseph Muscat is no longer prime minister of Malta, this project should not only be taken away from him, it should be cancelled, with prejudice, as just one more of his criminal enterprises that will harm Malta. Finally, as we known, he won't be around much longer to run any project.

Note to Readers: In Part Two of this story, we shall go into details how Art Laundering works in Malta, and Joseph Muscat's long participation in what is a lucrative, but sordid, industry.

Please contribute to the expansion of our Blog coverage in 2021 for the criminal cases. Kindly Donate.