US OFFICIAL; MUSCAT CAN RUN, BUT HE CANNOT HIDE FROM THE US JUSTICE SYSTEM 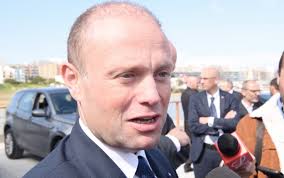 In light of reports from Malta, to the effect that former Prime Minister Joseph Muscat cannot be found in Malta for his upcoming court appearance on Friday, we asked a senior United States Government official* what would be the outcome if Muscat was indicted in America, but had moved to Dubai. His response was "If I was Muscat, Dubai would be the last place I would try to hide from the long capable arm of the US Justice System."

That is true; the UAE occupies a critical strategic position on the Arabian Gulf,  where nearly one-quarter of the world's oil is produced and shipped. Today, the UAE provides UN, US, European Union (EU) and NATO forces unprecedented access to ports and territory, flyover clearance, and other critical logistical assistance.

The UAE has joined its allies to support the global fight against terrorism in restoring stability to the Middle East. The UAE has frozen the accounts of known terrorists and enacted aggressive anti-money laundering initiatives.new counter-terrorist financing laws and regulations have been introduced and enforced.The UAE is a member of the Gulf Cooperation Council (GCC)  and the Arab League, as well as the United Nations and its agencies. See https://www.uae-embassy,org

"Considering such a solid partnership with Western World governments, why would any sane-minded individual in the UAE Government jeopardize such a relationship over a small-time money laundering criminal like Muscat ?"

"The answer is no. Muscat may think he is making an escape to Dubai to avoid charges and extradition to Malta, the US and the EU, but in reality he has foolishly underestimated the intelligence and capabilities of the United States Justice System."

* This individual's comments were made anonymously, as he is not authorized to speak publicly to the press.