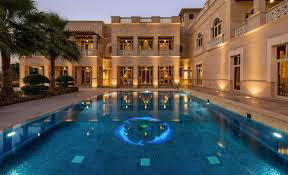 Do you remember how we were asking how Malta Prime Minister Joseph Muscat could afford all those pricey international vacations with his family, when all the while his nominal reported bank balance remained the same ? Well, here's another point for reformers in Malta to ponder.

An agent for Muscat was seen making plans for his client to finalize a living arrangement in a very exclusive, and extremely expensive, project in Dubai, United Arab Emirates. Muscat, notwithstanding his denials, is scheduled to relocate to Dubai in early 2021, where he has an arranged CEO position waiting for him, arranged by a Malta company in the hotel and catering industry. Though he has no experience or training, the former Prime Minister will head the newly-formed Dubai division, in an arrangement that shouts corruption, involving favors he did while in office, that are being repaid.

Our source divulged the information totally by accident, as we were looking into another resident of the  same project, a notorious international fraudster who stole millions from investors. Muscat is desperately trying to divert attention away from his long-planned move, where he will finally have full access to his portion of the literally hundreds of millions of Euros illegally acquired, through bribes and kickbacks, by his Labour government, during his tenure as PM. He does not want the people of Malta to be reminded that he will soon be unavailable to answer in Malta's courts for his corruption.