HALKBANK COMPLAINS US ATTORNEY NOT PRODUCING DISCOVERY, INCLUDING ANY BRADY MATERIAL

Attorneys for Halkbank have complained to the Court that their request for Discovery, involving documents from Treasury, is not being properly handled. They are also asserting that, if any Brady material exists, meaning information favorable to the bank, either regarding its innocence or for the purposes of sentencing, they have not received it.

The Southern District of New York has received a number of defense complaints about Brady material not delivered, especially after the Ali Sadr Hashemi Nejad verdict was set aside, and the case dismissed, after there were  Brady violations admitted to by the US Attorney's Office. 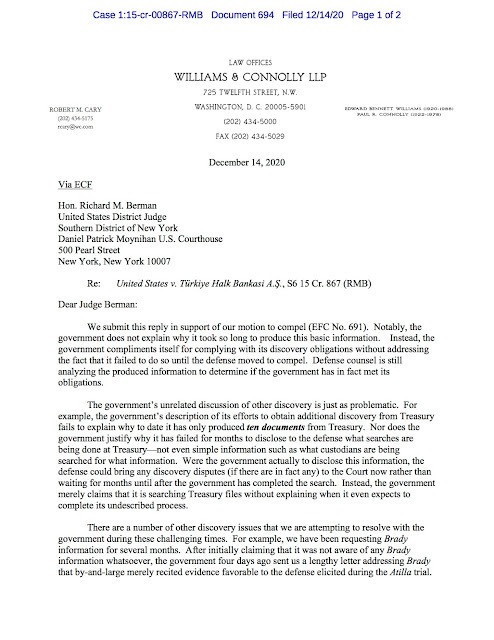