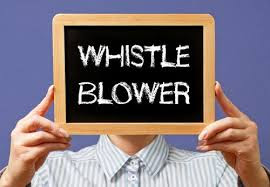 We have regularly been in touch with one of the individuals who has been providing the authorities with evidence of criminal activity in Malta, and his analysis of the role played by former Prime Minister Joseph Muscat in this activity. He has requested that his identity be concealed, as he has well-placed fears for his personal safety, which you will agree have merit.

While he has been harassed, both at his place of residence, at restaurants, and at other locations, he recently was a pedestrian on his way home when a vehicle he knows is used by Malta's police attempted to physically injure him on the road. Fortunately he anticipated the danger, and was able to evade injury. I have photographs to prove it. He is now seeking to acquire personal security, as well as legal counsel, to protect his legal rights, as well as physical safety.

What makes this case relevant is that the whistle blower is known to Joseph Muscat, and he believes that his problems with the Malta Police are happening due to his direction to them, notwithstanding that he is no longer in the government. It is extraordinary that this is happening in a member country of the European Union. His identity will, sooner or later, be revealed, and his evidence or testimony, as well as his analysis of that evidence, and it may be critical to the prosecution of the Malta money laundering targets. Muscat is behind the threats, because he regards the whistle blower as a clear and present danger to his future freedom.