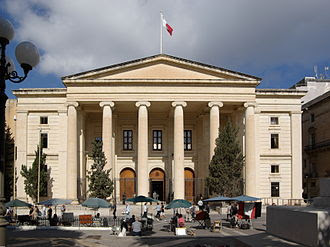 In  the wake of the news from the United States regarding the stated public intent of the owner of Pilatus Bank to bring a suit for damages against the European Central Bank,  rumors are flying around Malta about the existence of a sealed magistrate report that allegedly recommends bringing criminal charges against unnamed persons or entities. Some sources assert that portions of the report were leaked to local media, which has reported on the issue, but the press has declined to specify details, to avoid violating the law prohibiting public disclosure of restricted information.

Therefore, we are unable to advise whether the subjects of the report, which is not an indictment but only a recommendation to the Minister of Justice and/or Attorney General. are individuals directly linked to the bank, clients of the bank, or other entities that are third parties. We regret the lack of detail, but cannot comment on who might, possibly or potentially, be targets, and whether charges will ever be filed in Malta, whose criminal justice system is noted for extreme delays,  known for being under the undue influence of senior government officials, and with repeated allegations of the receipt of bribes and other corrupt activity.

That being said, we eagerly anticipate official action, as public confidence in Malta's justice system has reached a new low, inasmuch as the Daphne Caruana Galizia case has dragged on for years, and shows no sign that it will ever reach a satisfactory conclusion. We shall update our readers when further information is publicly released.