NOTE TO MALTA: FCPA IS NOT A TYPE OF ACCOUNTING DEGREE

We understand that many people in Europe are not familiar with the American criminal statute dealing with corruption, the Foreign Corrupt Practices Act, more commonly abbreviated as FCPA. Certain government officials in the Republic of Malta would do well to pay close attention to this article, as their futures may involve a collision with the FCPA, and if it happens, there will be consequences, and it will get nasty for them.

Briefly, the FCPA, more formally known as the Foreign Corrupt Practices Act of 1977, as amended, located at 16 USC §§ 78dd-1 et seq,  prohibits American firms and individuals from paying bribes, or any other form of benefit, from obtaining or further retaining business deals or transactions. 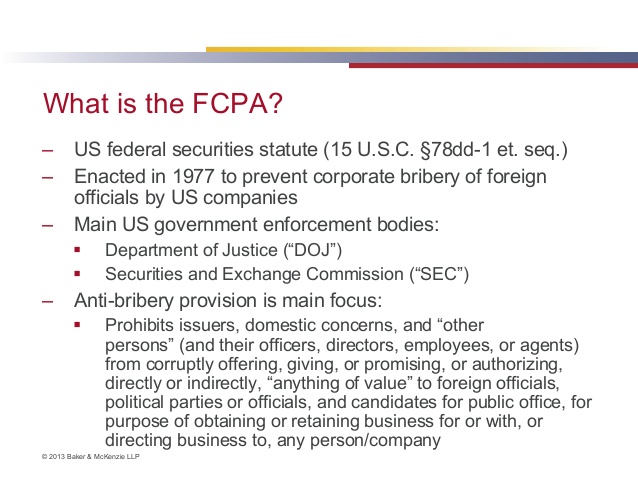 Though government officials may not think the FCPA, which targets (and punishes) American corporations and individuals, applies to them, FCPA violations are a felony, and as such are a  "Specified Unlawful Activity" (SUA)  for the purposes of the Money Laundering Control Act of 1986, which prohibits individuals from engaging in any financial activity with proceeds generated from an SUA. Even passing bribe money from one person to another, with the intent to disguise the source, has been ruled a sufficient financial activity to invoke the Act. Some authorities refer to it as a Predicate Act. One need not even deposit the money in a bank; you receive bribe money to steer business to an American company, and you move that money anywhere, you are guilty of that 20-year felony.

A Recent SDFL case, United States vs. Natalino D'Amato, (Case No,: 20-20241-CR-WILLIAMS) involved bribes paid to secure grossly overprised contracts with PDVSA, the Venezuelan oil monopoly, which resulted in approximately $160m in illicit profits. The Government did not even file FCPA charges. Instead it brought an eleven count indictment, eight of which were money laundering counts. That's a potential maximum sentence of 160 years, on the money laundering counts alone. 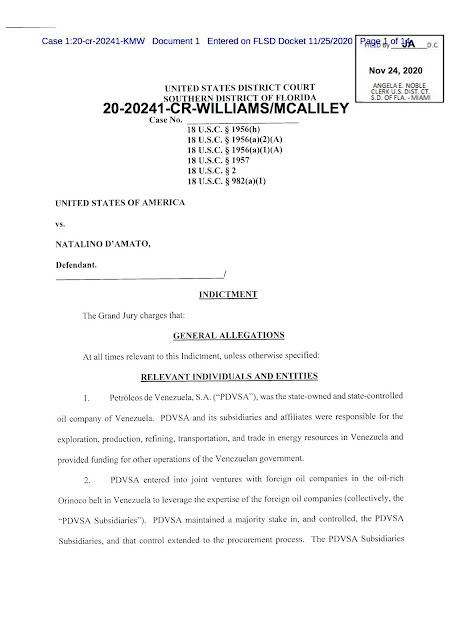 We are aware of two major FCPA investigations pending, involving government officials in Malta, who accepted compensation that violated the Foreign Corrupt Practices Act. It is not known whether these investigations have resulted in indictments in US District Court, though we suspect it is either in SDNY, DDC, OR SDFL. Given the strict enforcement history of the Department of Justice, regarding FCPA cases, it is reasonable to assume that one or more will be unsealed in 2021. We trust that defense attorneys in Malta will advise any of their clients caught up in the Malta money laundering scandal accordingly.