HUBRIS: EX-PM MUSCAT SAYS NO CASES PENDING AGAINST HIM IN USA 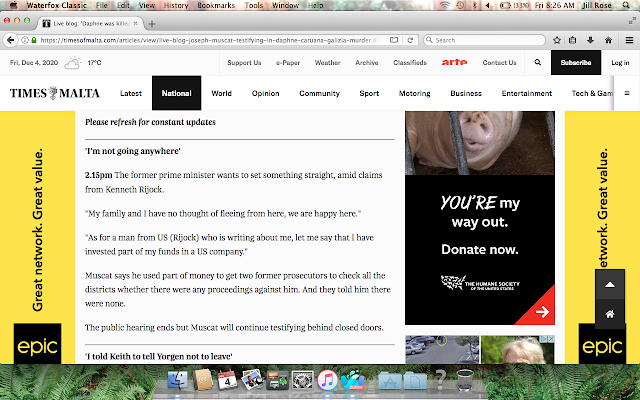 Malta's disgraced former Prime Minister, Joseph Muscat, in testimony given today, claimed that there are no criminal proceedings pending against him in the United States. Unfortunately Mr. Muscat, who is not a lawyer, fails to understand that any Federal criminal cases on file would be sealed, as he is currently outside the United States, and not in custody. It is common practice to deny indicted individuals overseas any information about  whether they have been charged, to keep them from fleeing to avoid arrest prosecution.

When Muscat says his US attorneys did not find any filings against him, he is neglecting to mention the important fact that any new cases will be sealed and unavailable to any attorneys. He's guilty of a sin or omission, which is generally the act of one who wishes to hide the truth about crimes they may have in their past.

Muscat will learn about criminal charges filed against him when he is taken in US custody, and brought before a United States Magistrate Judge, in America, and no sooner. Next time, he should chose to tell Malta the truth.