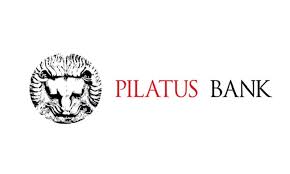 We call it the law of Unintended Consequences: The negation of the jury verdict against Ali Sadr Hashemi Nejad has given Sadr a possible reason to pursue the European Union over the cancellation of the license of Pilatus Bank. Reports indicate that Sadr is seeking information and evidence to bring a civil suit against the EU in the United States. You can blame both SDNY and the Court for this turn of events. Were the charges truly dismissed for Brady violations, or was it due to Sadr's covert cooperation ? We may not know for some time, but now we are looking at something more sinister, at least as far as the EU is concerned.

Whether it will succeed is anybody's guess, but there are serious procedural issues regarding any USA lawsuit. First, there is Venue, the right to be sued where you reside or where the Cause of Action occurred; neither seems to be the case. Second, there is Personal Jurisdiction: As far as I know, the European Union has no physical or legal presence in the United States. The case may never survive a motion to dismiss.

Finally, there is liability: can a bank which was allegedly engaged in massive money laundering prevail in a lawsuit over how it lost its charter ? That may be a substantive hurdle Pilatus will be unable to overcome. How will bank counsel respond to the argument that the bank's license was terminated for cause ? Stay tuned, as this case will generate a great deal of public interest. We will advise when and it filed. This may just be a threat designed to elicit a settlement offer.