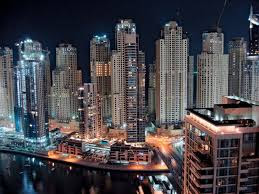 In a direct insult to the judicial system, as well as the voters of Malta, who elected him, former Prime Minister Joseph Muscat, who was supposed to testify a second day in Malta, abruptly left for Dubai, where he is living the life of luxury at a five-star hotel resort. He left the country to avoid having to answer the hard questions about corruption, and his role in the assassination of Daphne Caruana Galizia, flying there indirectly so as to confuse anyone tracking his movements.

Government officials played along with the charade, asserting that Muscat has given adequate prior notice; we do not believe it for one moment, and even if true,  testimony compelled at an official hearing trumps a pleasure trip abroad with his party companion, another of the deplorables, Chris Cardona.

Given what Muscat legally earned, and reported, as Prime Minister, he is not supposed to have sufficient income to pay $1135 a day at the resort, and that's the cheapest room. What if he is in a suite with servants ?

A Word to the Wise: A Black Swan Day is coming for Muscat.