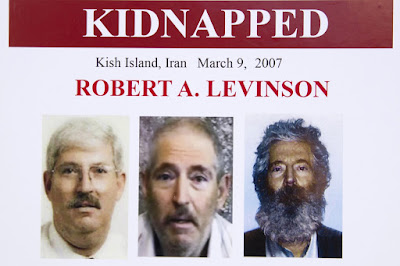 The Department of the Treasury has announced that MOHAMMAD BASERI a/k/a SANAI and AHMAD KHAZAI a/k/a KAZA'I, two Iranian intelligence agents at the Ministry of Intelligence and Security have been sanctioned for the kidnapping, imprisonment and  presumed death of retired FBI Agent Robert Levinson. They are believed to have planned and executed the scheme on Kish Island, Iran, as part of a larger operation to seize Americans and hold the hostage for political leverage.