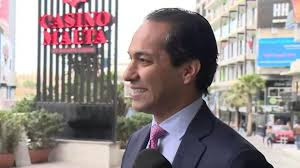 The controversial petition filed, by Malta's disgraced Pilatus Bank, seeking evidence its owner allegedly intends to use against the European Central Bank, and others for damages, and to reinstate the bank's EU license,  has failed for lack of personal service.

The District Judge in Federal Court in New Hampshire, to whom the case was assigned, had given counsel until only December 22, 2020 to amend the petition, and to effectuate personal service upon Pilatus' former Competent Person, Lawrence Connell. While an Amended Petition was indeed filed, no service of process through Return of Service appears in the court file. As you can see below, the case will be now closed. 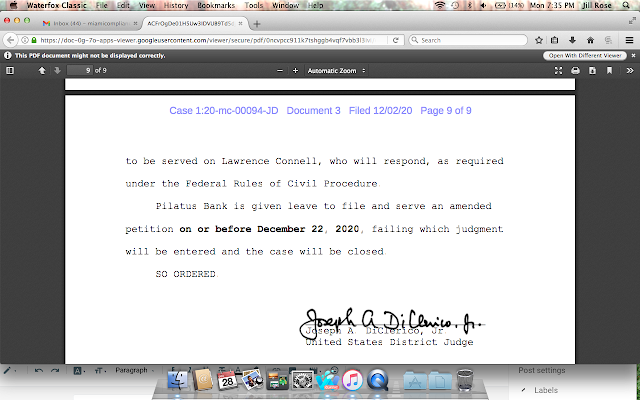 Pilatus counsel argued that they had an additional three days past the 12/22 due date et by the Court for service, but candidly, the rules cited do not support an extension of time on this set of facts. we are still wondering why Ali Sadr chose Miami counsel; his criminal case was in the Southern District of New York and he resides in the D.C. area, in the State of Maryland. Are those attorneys monitoring the Miami cases involving convicted Swiss banker/money launderer Matthias Krull ? We cannot say, but the fact that Sadr chose Miami lawyers is significant.