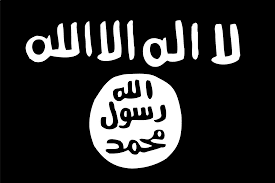 A US District Judge in Fort Myers, Florida sentenced ALISON MARIE SHEPPARD a/k/a AIISHA ABDULLAH to five years and ten months in Federal Prison, after she pled guilty to one count of Attempting to Provide Support to a Foreign Terrorist Organization (ISIS), a 20-year felony. She also received a term of fifteen years of Supervise Release.

(1) Purchased cellular telephones, to ship to ISIS, for use as detonators for improvised explosive devices (IED), to be used in so-called "pressure cooker" bombs.
(2) Counseled and assisted individuals on how to join ISIS, and provided detailed instructions.
(3) Published repeatedly on Facebook and social media jihadi pro-ISIS videos, repeatedly glorifying violence and ISIS.
(4) Communicated with individuals whom she believed were supporters of ISIS. They were undercover agents of American law enforcement.