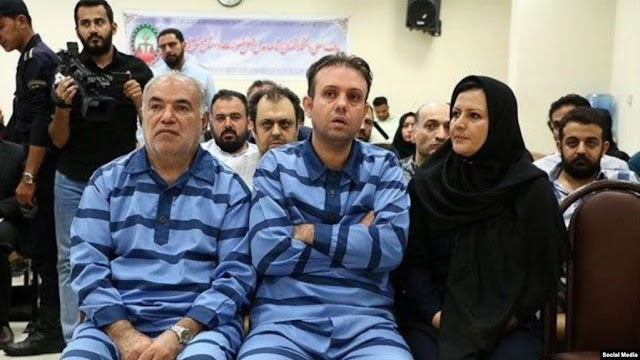 Images from the recent trial of the husband and wife automobile dealers VAHID BEHZADI and NAJVA LASHIDAEI, which were the subject of our recent article, Iran Sentences two Money Launderers to Death.  The defendants, who sought to hoard thousands of automobiles, and thereby corruptly drive up the price, were convicted of money laundering and corruption charges, and sentenced to death by Iran's Anti-Corruption Court. 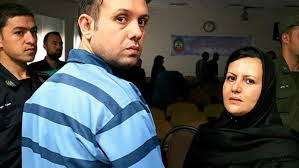 Death sentenes are not unusual in Iran in major corruption cases, as the country attempts to corral the rampant corruption which pervades allmost every aspect of Iranian commerce. Death sentences still hang over the heads of oil sanctions evaders ALIREZA ZIBAHALAT MONFARED, and BABAK MORTEZA ZANJANI.
Posted by Kenneth Rijock at Saturday, May 23, 2020