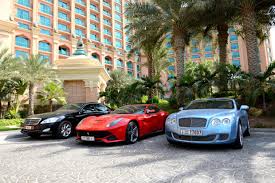 Peter German, the former Royal Canadian Mounted Police officer who has exposed rampant, uncontrolled money laundering in Canada's Province of British Columbia, has completed his Report on the abuse of luxury vehicle sales in the province by Chinese nationals, who use straw buyers to purchase luxury cars, which are then shipped to China, defrauding Canada of important tax revenue.

Much of the "sales" are done in cash, taking advantage of a reporting loophole enjoyed by automobile dealers, and it is believed that these transactions are effectively cleaning the proceeds of crime. Other sales are consummated to defraud China of the taxes it collects when the sale actually occurs within the Peoples' Republic.

Both local BC government as well as the manufacturers of luxury cars are scrambling to combat this epidemic of money laundering, tax evasion and fraud.

Readers in Canada are urged to review the Report here.