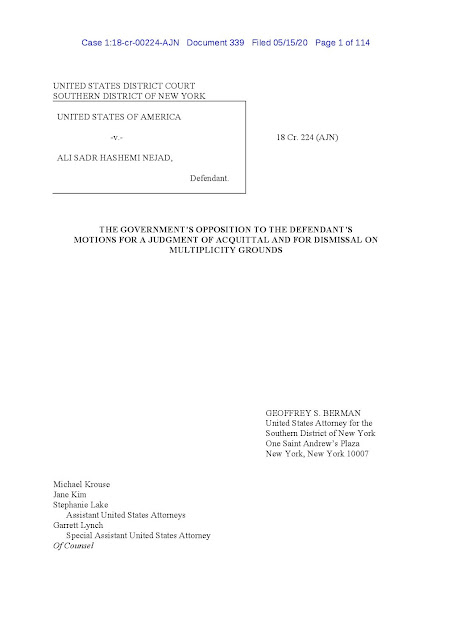 The US Attorney's Office in the Southern District of New York, in a massive 114-page filing captioned The Government's Opposition to the Defendants Motions for a Judgment of Acquittal ..., seeks to dispose of any notion that the Government did not prove its case, to the exclusion of any reasonable doubt. The Memorandum of Law:

(1) Details all the evidence introduced at trial; a fair reading of this summary confirms that the Government proved up its case, and that there was sufficient evidence to support the jury's guilty verdict. While most of our readers are unable to spend the hours necessary to review the contents of the Memorandum, we attach hereto the Table of Contents, keyed to the trial transcript, to assist them in examining the depth of the proof presented in the Government's case; it is an impressive work of legal scholarship.

(2) Shows that the defendant's argument the alleged Multiplicity, regarding Counts One and Two, fils, due to the fact that each count requires proof of an element of a crime that the other does not. each Count is factually distinct, and the defense failed to show ant legislative intent to bar the prosecution of a defendant on both offenses.

The Government noted that it will deal with the Motion for a New Trial in the future; it did apologize to the Court for what it labeled "Untimely Disclosures," meaning the late-filed Discovery, which came after the trial had been completed. 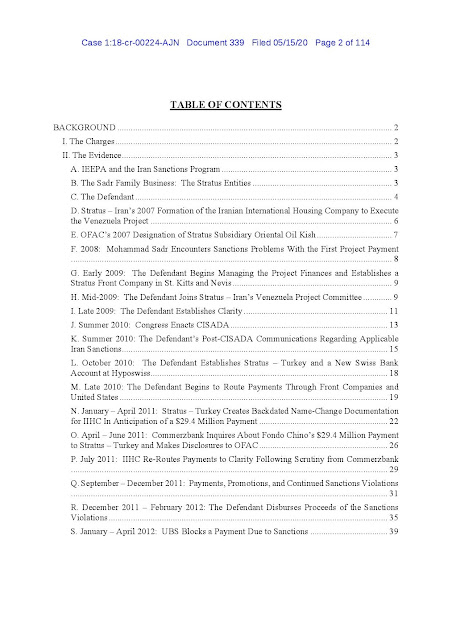 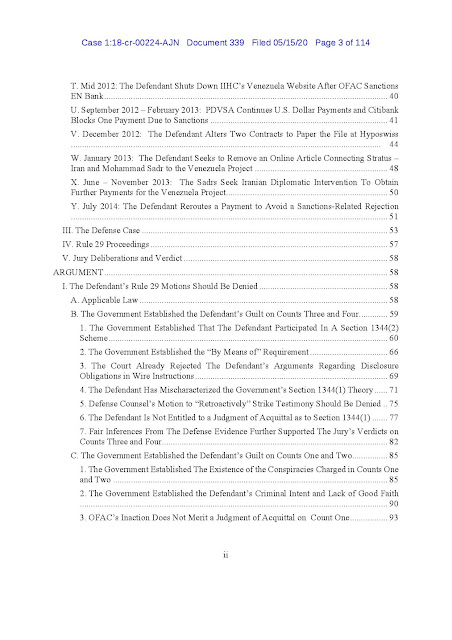 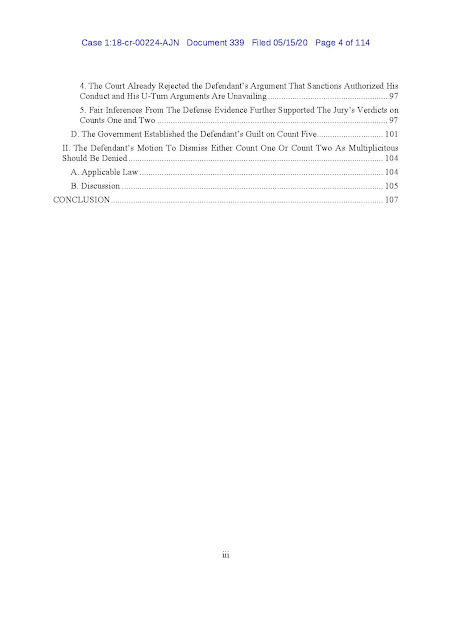