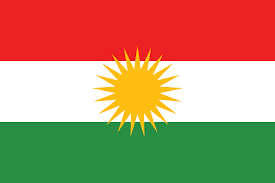 Ekurd, a major reputable online news source in Iraqi Kurdistan, relying upon documents and evidence other independent sources have found to be legitimate, has asserted that a Kurdish trading firm has laundered six billion (€6bn) Euros for an Iranian company. The sheer magnitude of the transactions points directly to the Government of Iran. Iranian companies and nationals are named in the documents produced in support of the information. While we do not wish to name the international bank involved, it has a long history of money laundering violations cited by regulators.

The laundered funds, according to the evidence, were applied to the purchase of bank financial instruments. Longtime readers of this blog will recall that we have consistently reported upon the delivery of bulk cash, in lorries, from Iran to Iraqi Kurdistan, but that given the relationship between the United States and its Kurdish ally, no action has ever been taken by US law enforcement agencies to reign in Kurdish money laundering for Iran . This includes eyewitness reports filed by financial crime analysts with US law enforcement. National security interests of the United States have repeatedly trumped any anti-money laundering or sanctions evasion charges against offenders in Iraqi Kurdistan.

The use of Euros, instead of US Dollars, to avoid exposure to potential criminal charges against the Kurdishnationals and their companies, is artful, but they are is still exposure to money laundering. The Euros are later exchanged for Dollars, to permit the bank instrument purchases.