THE GOVERNMENT MOVES TO DISMISS DERIPASKA'S SUIT AGAINST TREASURY & OFAC

For those who are not familiar with this case, first read this letter, responding to Russian Oligarch Oleg Deripaska's request for the evidence which OFAC relied upon in enacting sanctions against him.You will want to pay special attention to Page 3. After the document, we have summarized the Government's position in its Memorandum in Support of Defendant's Motion to Dismiss or, in the Alternative, for Summary Judgment. 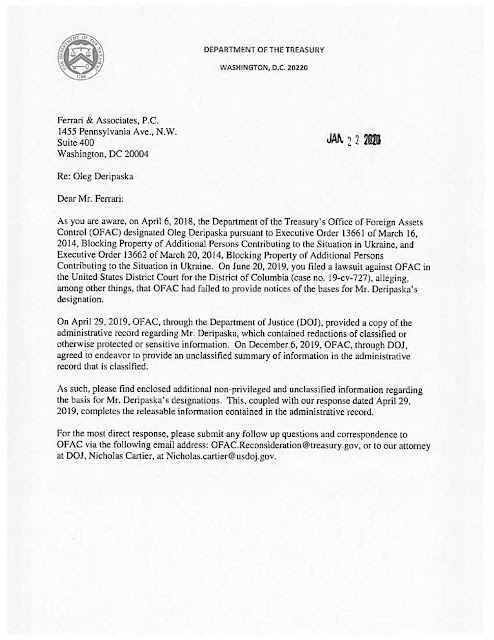 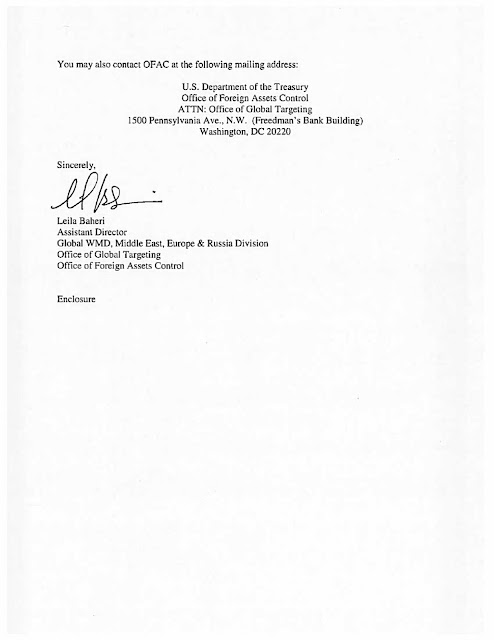 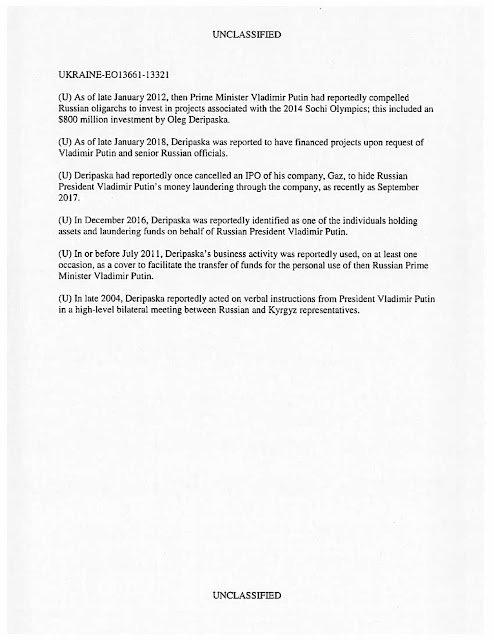 Briefly, the Memorandum makes these points:

(1) OFACs designation of the Plaintiff was not arbitrary and capricious, and is fully supported by the Administrative Record. The designation satisfies the Administrative Procedure Act standard, and its denial of Plaintiff's request for delisting satisfies the APA standard. OFAC acted within the scope of its authority, purauant to the IEEPA, when designating the Plaintiff, who was provided with sufficient notice under the APA.

(2) Plaintiff has no standing to make a Due Process challenge, due to being a foreign national who has not demonstrated a presence in the United States. Any Due Process claims he might have fail because the Defendant's administrative procedures provides sufficient Due Process protections.

(3) Plaintiff lacks standing to challenge the sufficiency of the Countering America's Adversaries Through Sanctions Act (CAATSA) Report to Congress, which is not subject to judicial review, nor subject to additional notice as to why he was identified as an Oligarch. CAATSA was not a sanctions list, but a naming of Russian Oligarchs

Cases similar to this set of facts are generally dismissed, or Summary Judgment entered for OFAC,  as generally there is no material dispute on the facts, and the Defendant is entitled to judgment as a matter of law. We do not expect the outcome to be any different , but an appeal is definitely expected.
Posted by Kenneth Rijock at Friday, May 22, 2020