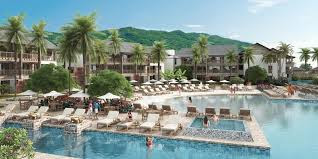 If you ever needed confirmation that Dominica's Luxury Hotel Citizenship by Investment (CBI/CIU) Program only benefitted the developers, CBI consultancies, and their supporters in local government, here it is. The brand-new Cabrits Resort and Spa Kempinski Hotel, the much-publicized CBI showpiece, which was to bring a large number of jobs to Dominicans, has closed its doors for fifteen months. The Kempinski will not reopen until August of 2021.

When pressed to explain why Range operations staff and hotel management are shutting the doors, the local hotel staff members were reportedly told that the focus was now upon developing the new project in Grenada, the Six Senses La Sagesse Resort project. Range is now clearly moving on to its next lucrative development opportunity in the East Caribbean. Unfortunately, it is leaving the hotel workers, as well as local Dominica businesses, which would have benefitted greatly from affluent hotel guests spending freely while on holiday there. Local merchants, which have suffered loss of business after the departure of Ross University, were counting on hotel guests to replace the medical student customers.

Given that Range's Mohammed Asaria reportedly pulled thirty million dollars out of the Kempinski, but now will not cover the overhead to keep it open until the Summer of 2021, one must conclude that the true purpose of these CBI hotel projects is simply to quickly repatriate lucrative profits, take the money and move on to the next needy east Caribbean country, and take advantage of yet another CBI program, whose advance payments have eliminated the risk of loss, and repeat the scam.

How many incomplete or unoccupied CBI hotel projects have to be built before the fraudulent nature of such arrangements, which benefit only the developers, CBI consultants, and their allies in government, and never put a penny in the pockets of local workers & businesses?
Posted by Kenneth Rijock at Sunday, May 17, 2020